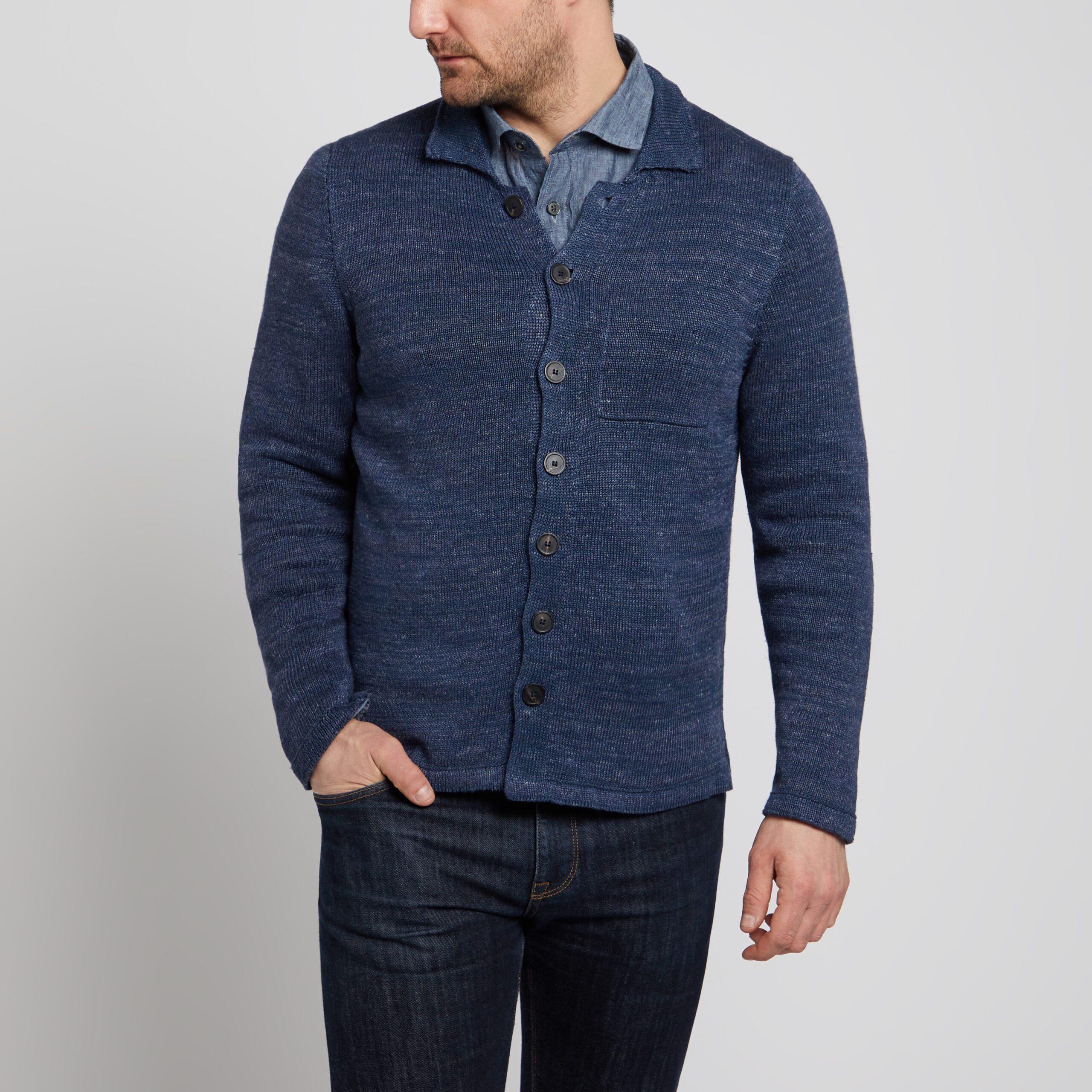 It began with a single photograph, taken in 1918. We have it on the wall in our studio. A father and his daughter, with five young children alongside them. Everything they are wearing was locally hand-made. All the children are in petticoats, as was Island custom, because the tailor didn’t have time to sew trousers for boys until they reached seven or eight. He always made them his standard jacket though; even young lads got one. That tradition was part of Island life, and, in 1992, became the original inspiration for our iconic Shirt Jacket. 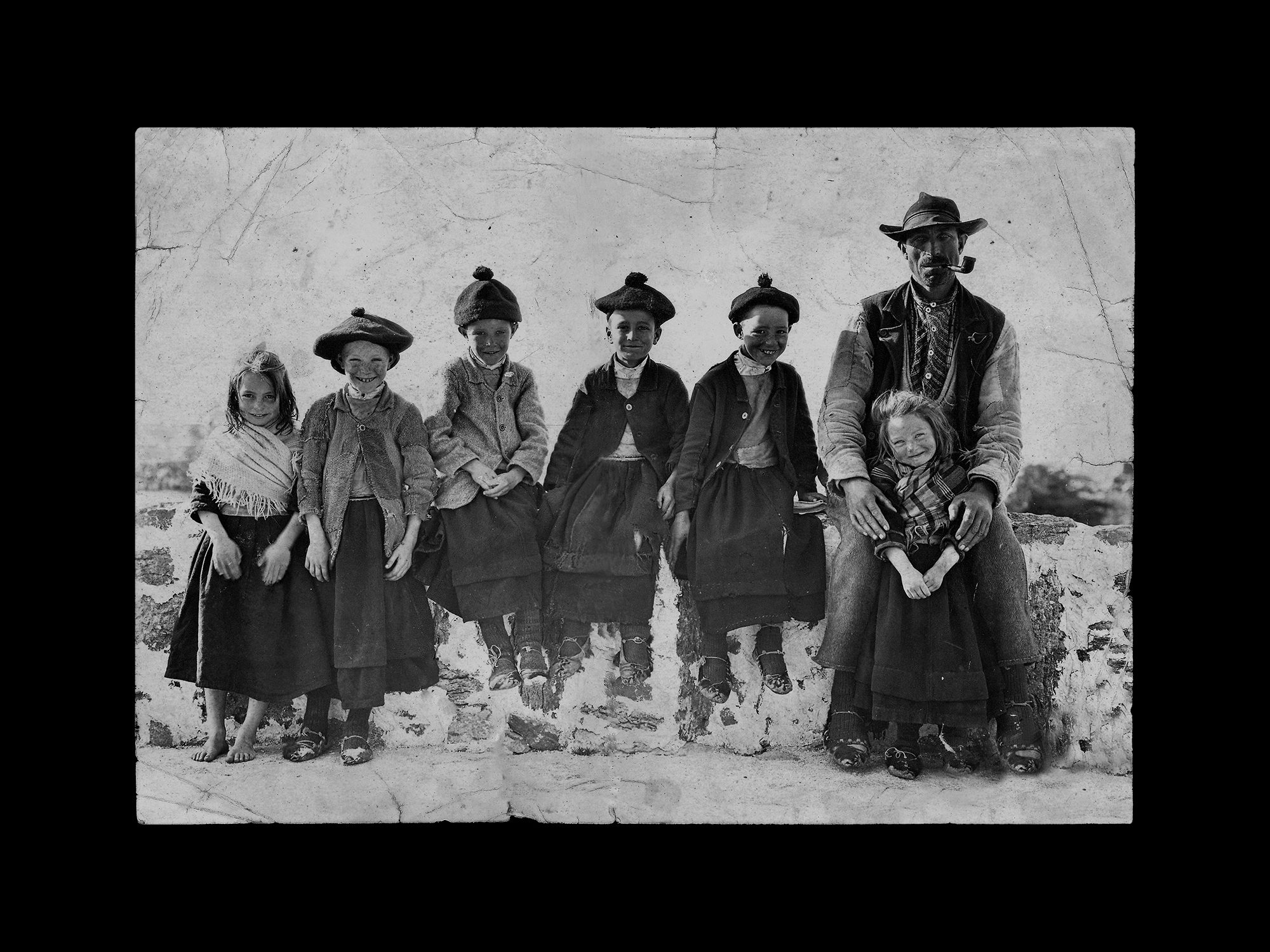 The classic jacket shape first originated in the middle ages, becoming significantly more refined with the widespread use of buttons in the 13th century. It’s not known when the style first came to the Island, though, as our precious collection of photographs shows, it was predominant by the late nineteenth century. The Shirt Jacket is one of our more intricate garments to make, and its versatility and stylish shape has found fans the world over. 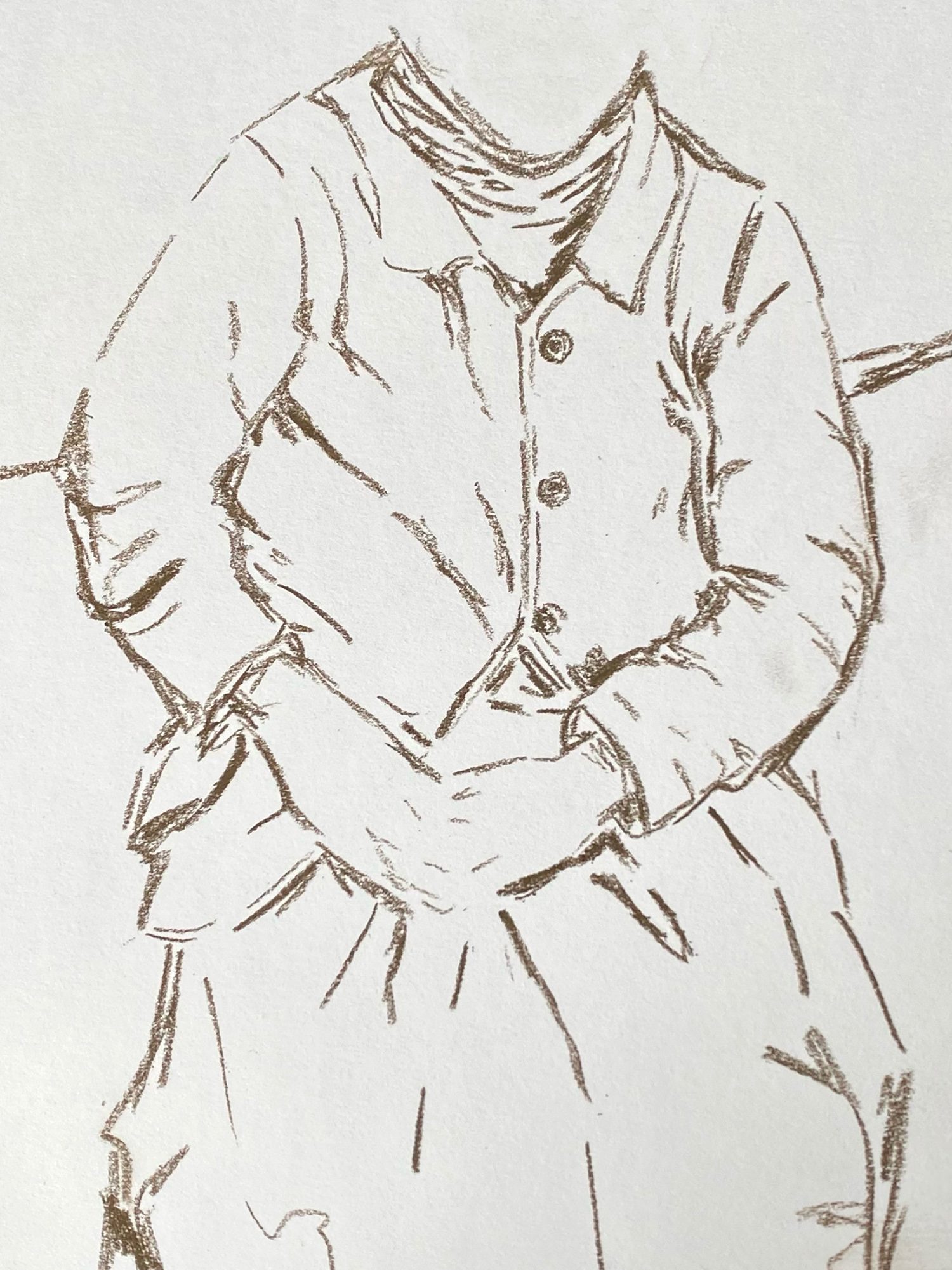 While the original inspiration came from tweed tailoring, the construction of the Shirt Jacket – as with all our knitwear – is a completely different process; we shape everything, we never cut. The Shirt Jacket is hand-crafted from six individual components. The left and right panels are knitted to incorporate the pocket and the button bands, which are shaped up along the front of the garment, including buttonholes. The neck opening is also shaped, designed to match across the shoulder point for point, stitch by stitch.

We use a classic Italian Complett linking machine to link the pieces together. This is an intricate skill, one perfected by the Island’s specialist knitters. After a careful calculation as to the exact shrinkage, panels are washed. In production, the assembly of pieces is done before the wash for ease of linking. After the wash, the finished garment is carefully steamed by hand, checked and folded.

We originally designed the Shirt Jacket as an autumn/winter staple, in a blend of Peruvian baby alpaca/silk and Italian super geelong merino wool. Over the years, we have experimented with 24 different palettes so that this garment, so connected with Island heritage, continually pays tribute to the unique colours of our land and seascape.

In 2014, we designed a spring/summer version in linen with scrubbed bone buttons. Our linen is specially sourced from Linificio & Canapificio Nazionale, the Bergamo mill specializing in the production of European Masters of Linen yarns. Our most recent linen Shirt Jacket is in Seal, a rich melange of dark blues that makes a stylish alternative to navy. This version also incorporates a hidden chest pocket and scrubbed horn buttons instead of the scrubbed bone. 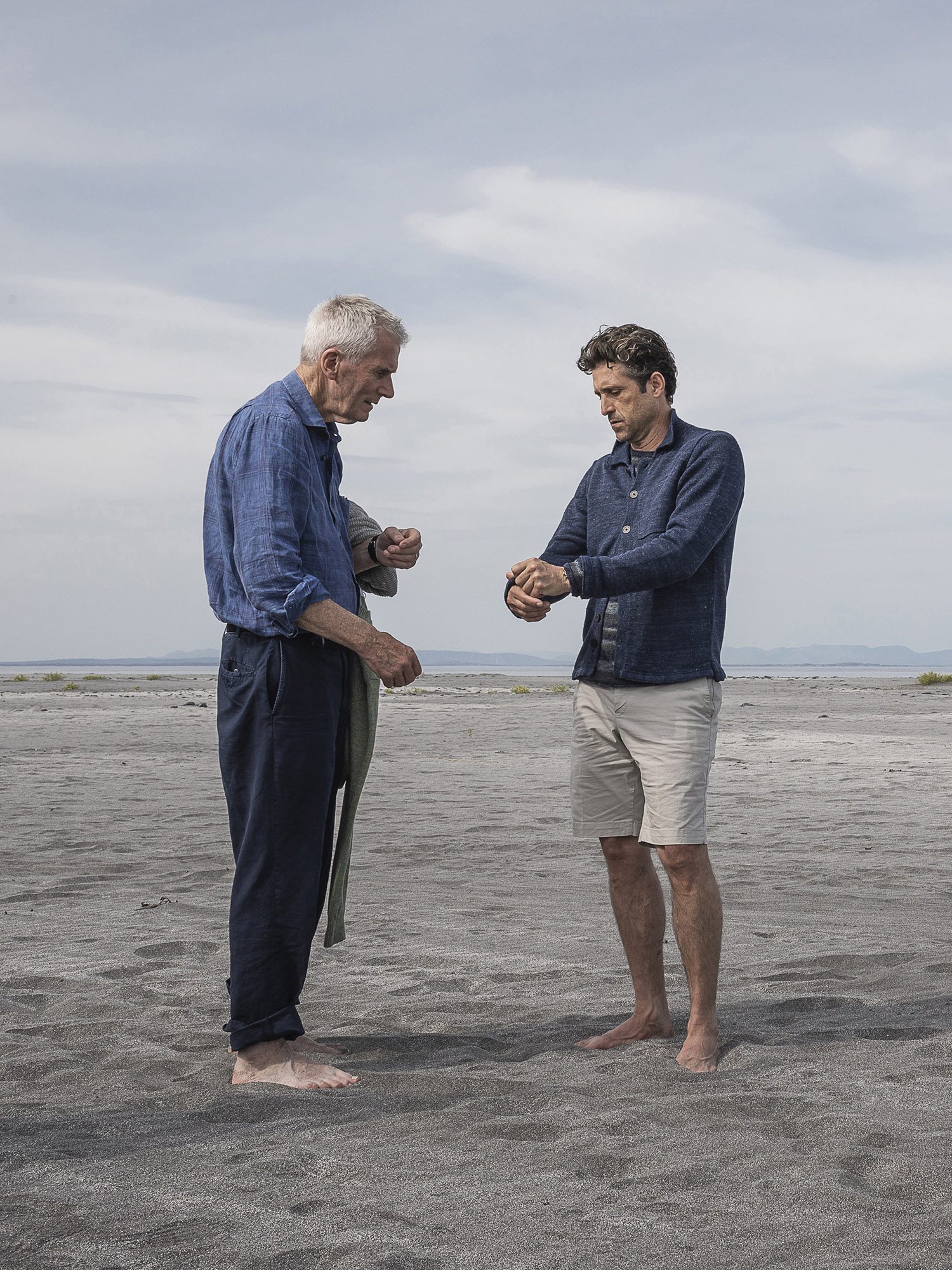 We are very proud of it, and the island tradition that inspired it. We hope the tailor would be too. 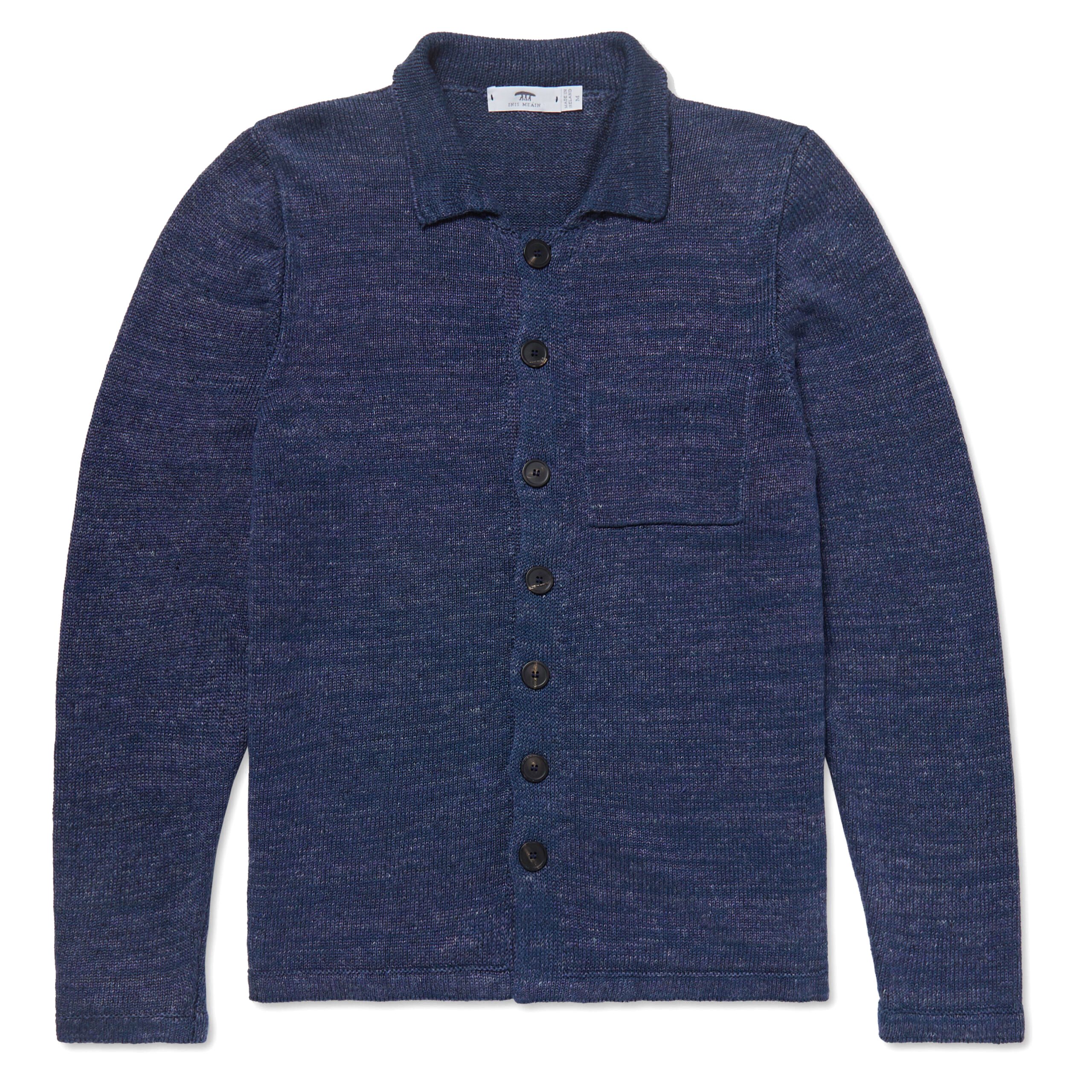